By BB Meets Africa the :

An American businessman, co-founder and chairman of the company Nike Incorporation, born on 24th February 1938, that’s Phil Knight. He manages the world’s largest supply of Athletic shoes and apparel. Phil always had an interest in running and was a middle-distance runner at the university of Orgeon where he studied Journalism.

Later on, he enrolled in the Graduate School of Business at Stanford University and that was where he discovered what he wanted to do with his life, creating a business dealing in shoes. He graduated with an MBA in 1962. After graduation, he travelled around the world and also visited Japan as well where he was amazed and impressed by the quality and low cost of shoes. This motivated him to start the Blue Ribbon Sports Company in 1964 by collaborating with his former coach Bowerman to form a partnership to distribute the shoes in America.

In 1971, Knight and Bowerman had some disagreements in relation to the contract they made and that led Knight to start his own company which is popularly known as Nike today. He designed products that the world’s top athletes would love to use and he made friends with people like Steve Prefontaine with the assurance that he would help him reach out to others who may be interested in his product.

There has been a steady growth over the years and today Nike is seen as multinational in many countries all over the world and is also rated as one of the world’s largest supply of shoes and apparels as well as a manufacturer of sports equipment.

Knight got married to Penelope also known as “Penny” Parks in September 1968. They had four children. One of their sons, Matthew, lost his life in a diving accident in the year 2004. 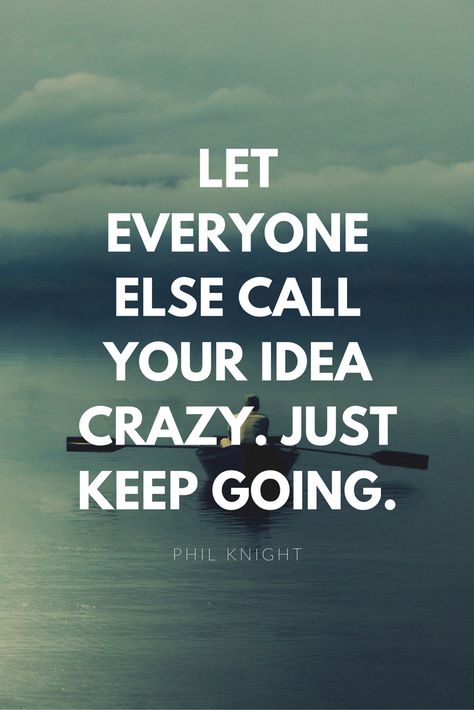 We should know our mission and identify it so that it is not just about work, or money, or fame, or business but rather we have it in mind that this is what we have signed up for and we love doing what we are doing. Also knowing that no one else can accomplish our mission for us but ourselves.

We use cookies on our website to give you the most relevant experience by remembering your preferences and repeat visits. By clicking “Accept”, you consent to the use of ALL the cookies. For more details click here Read More
.
Cookie SettingsAccept
Manage consent

This website uses cookies to improve your experience while you navigate through the website. Out of these, the cookies that are categorized as necessary are stored on your browser as they are essential for the working of basic functionalities of the website. We also use third-party cookies that help us analyze and understand how you use this website. These cookies will be stored in your browser only with your consent. You also have the option to opt-out of these cookies. But opting out of some of these cookies may affect your browsing experience.
Necessary Always Enabled
Necessary cookies are absolutely essential for the website to function properly. These cookies ensure basic functionalities and security features of the website, anonymously.
Functional
Functional cookies help to perform certain functionalities like sharing the content of the website on social media platforms, collect feedbacks, and other third-party features.
Performance
Performance cookies are used to understand and analyze the key performance indexes of the website which helps in delivering a better user experience for the visitors.
Analytics
Analytical cookies are used to understand how visitors interact with the website. These cookies help provide information on metrics the number of visitors, bounce rate, traffic source, etc.
Advertisement
Advertisement cookies are used to provide visitors with relevant ads and marketing campaigns. These cookies track visitors across websites and collect information to provide customized ads.
Others
Other uncategorized cookies are those that are being analyzed and have not been classified into a category as yet.
SAVE & ACCEPT
Powered by